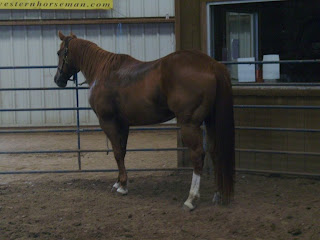 Dually at Barrel practice, relaxing after his workout.


Thursday night our great friends Mark and Colleen rolled in to town from Colorado. They we coming in to pick up a new barrel horse and we got to visit. Friday night they came out and we had drinks on the deck and caught up. It was so nice to see them. They are such great people and we just love visiting with them both. Saturday Anne and I did some farm and house work. Later that afternoon we rode Dually and Drifter. They both did really well. We hooked up the truck and trailer and got ready for Sunday. Then Paul came over and we went and had sushi at Sappora in Georgetown. It just opened up and it was great! Their sushi is just as good as Tomo’s in Lexington. Then Paul and I came back to the house and watched a movie. Sunday we got up and had breakfast (Paul went and got Krispy Kremes!!) and then relaxed for a bit.


Then Anne and I went down to the barn and loaded the boys and headed to barrel practice in Versailles. Mark, Colleen, and her grandparents met us up there. We hacked around for about 45 minutes. I took Dually through the pattern at a lope about 8-10 times and he did really well. He was being a bit lazy and now I know that my main focus right now is to get him really conditioned and “wake him up” a bit. As Colleen pointed out “this is a competition!” haha. Drifter did very well. Of course he is greener than Dually but he really is coming along nicely. Anne worked him for about an hour and a half. Then we sprayed them off, loaded up and headed home. We got the boys all fed and tucked in their stalls. Colleen just sent us a text and said they were headed back west. We hate to see them go but are so glad that we got to spend some time with them while they were here. It was a fantastic weekend!

A quick trip out of town...

Well on Sunday, I had a meeting planned for TwinBay Farm and had to go to St. Louis and then on to Iowa, and back on Monday. I knew it was going to be an exhausting trip, but it was something that needed to be done, so I got up early Sunday morning to catch my flight in Louisville. I had a real calm feeling about this trip, even though a few things had already gone wrong before I left, I just felt happy about it. The drive to Louisville, at 4 in the morning was so peaceful. No traffic, and great music, it was a great way to start off my adventure.

I arrived in St. Louis that morning and even though things ended up not going as planned and I didn’t make it to Iowa, and stayed in Southern Illinois, I still accomplished what needed to be done, but it just took place over the phone, instead of in person. So I had to reroute my trip home, since I had planned to fly out of Kansas City. Unfortunately, due to bad weather up north, all flights from St. Louis to Louisville were booked! So I said screw it and decided I would just drive home on Monday.

It all worked out well, I got to hang out with a client, who is a great person and we had a good time. It was so odd for me to be back in Southern Illinois since I had lived there over 10 years ago when I was in college, it was like I was having flashbacks. On Monday morning, I got up and got my rental car, and headed back to KY. It was the most refreshing trip back! I was in my little Dodge rental that would fly and it was a gorgeous day. I did however run into a bad wreck on the interstate and had to sit for about an hour and a half and I really had to piss! Not a good situation to be in, however after about an hour, I realized there was a HUGE tour bus right up from me, and everyone was out of their cars walking around. So I decided to go and see who owned this monstrosity and see if I could use their awesome bathroom. Just so happened it was George Thorogoods tour bus! For those that don’t know who that is, he sings the song “Bad to the Bone” which happened to be one of my father’s favorites songs! It just so happened traffic broke as I was getting permission to get on this amazing bus, so I didn’t get to see it, or use the bathroom, but that was okay, I got back to my cute rental and headed home.

I got home around 8:00, and it was a long day, but I really never noticed. It was so refreshing to be running around doing my thing, and using this time to test my independence and just enjoy the chance to “wing it” and have fun all the while.

Can you get a lawnmower stuck???

I can!!! I was mowing last night, and trying to get an area that is a little tricky around our new gravel driveway. Well let me rephrase that, I was trying to mow an area that I should have gotten out the weedeater and taken care of. Soooo...as I was attempting to mow this area, I got the mower stuck. It couldnt get traction the way it was, so the only choice was to push it out of this situation. I tried for about 10 minutes, then decided to go to the house and get Leigh, because I was sure that the two of us could get it out. Well we tried and tried, and tried, and nothing, it was really stuck good. I was getting a little pissed at this point because I just wanted to get the mowing done and had lots to still finish. Soooo............


I went and got the big truck, and pulled the SOB out!


Total redneck moment at TwinBay Farm! I am actually glad we dont have pictures. This weekend was specatcular. Friday evening Anne and I came home to our new fence being put up. YAY!! I love seeing progress, hopefully by Monday evening it will be finished. Friday night our dear friend Jen came over for drinks on the deck and a catch up session. It was so nice to just relax and be in great company on such a gorgeous night. Saturday morning Anne and I jumped out of bed and went to feed our ponies. Then we hit the road to Frankfort to spend a lovely day with our mom. Not only do we have the best mother in the world, she also happens to be the best cook in the world. As soon as we walked through the door we could smell freshly baked sour dough bread, fried potatoes and salmon. We sat down to a wonderful lunch and catch up sesson with our mom. It was the perfect afternoon.

Later that night, Paul came over and we had dinner at O'Charley's and watched a documentry called "The Devils Playground" which was great! Today Anne and I met Robbie, Sarah and Thomas Wyatt at the vietnemese resturaunt Phe Bo. It was such a great and healthy meal! I am so glad that my family is as much in to a healthy lifestyle as Anne and I are (even though we do splurge, fried potatoes are not very healthy!!). It is refreshing to be around people that want to eat healthy. After lunch, Anne, Robbie, Thomas Wyatt and myself went to Best Buy and the mall. Anne and I bought a Breville Juicer. It is a great machine!! After that we went to Whole Foods and bought a bunch of organic fruit and vegetables for the juicer and for meals this week. Once we got back home we took care of the horses and then went for a 3 mile walk. Anne made some juice when we got home, cucumber, spinach and green apple. It was great! I hope everybody had a good weekend! 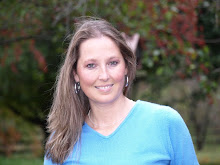 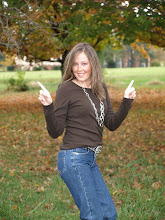 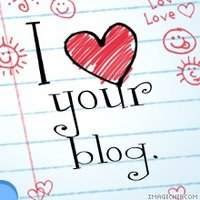